I've been making Puffed Oven Pancake as a weekend breakfast for years.  It's easy. It's child-friendly, It's delicious. It has no added sugar.  Most of the ingredients can be locally sourced.

Once when one of my husband's aunts asked him if I was a gourmet cook, he mentioned puffed oven pancake as an example of my culinary acumen. I was surprised.  A puffed oven pancake takes 1/2 an hour to make. This was the same week that I made a daffodil cake, which was also delicious and took several hours. This recipe is so simple it is almost cheating.

4 eggs
1 cup flour (any kind you like. I've used white, wheat, gluten free, and even rolled oats)
1 cup milk (dairy, or whatever non-dairy milk product you like)
3 Tbs butter (I have successfully substituted coconut oil)
1 or 2 apples sliced
cinnamon

I was out of apples, the other day, and used frozen blueberries, sliced frozen strawberries, and sliced bananas.  It was delicious.  I've been meaning to try peaches, but oven season and peach season don't overlap much.

When the kids got a little older, I used 6 eggs, 1.5 cups milk and 1.5 flour.  That worked well, but the apples floated around in the batter, and it was a little harder to get it to look symmetrical. 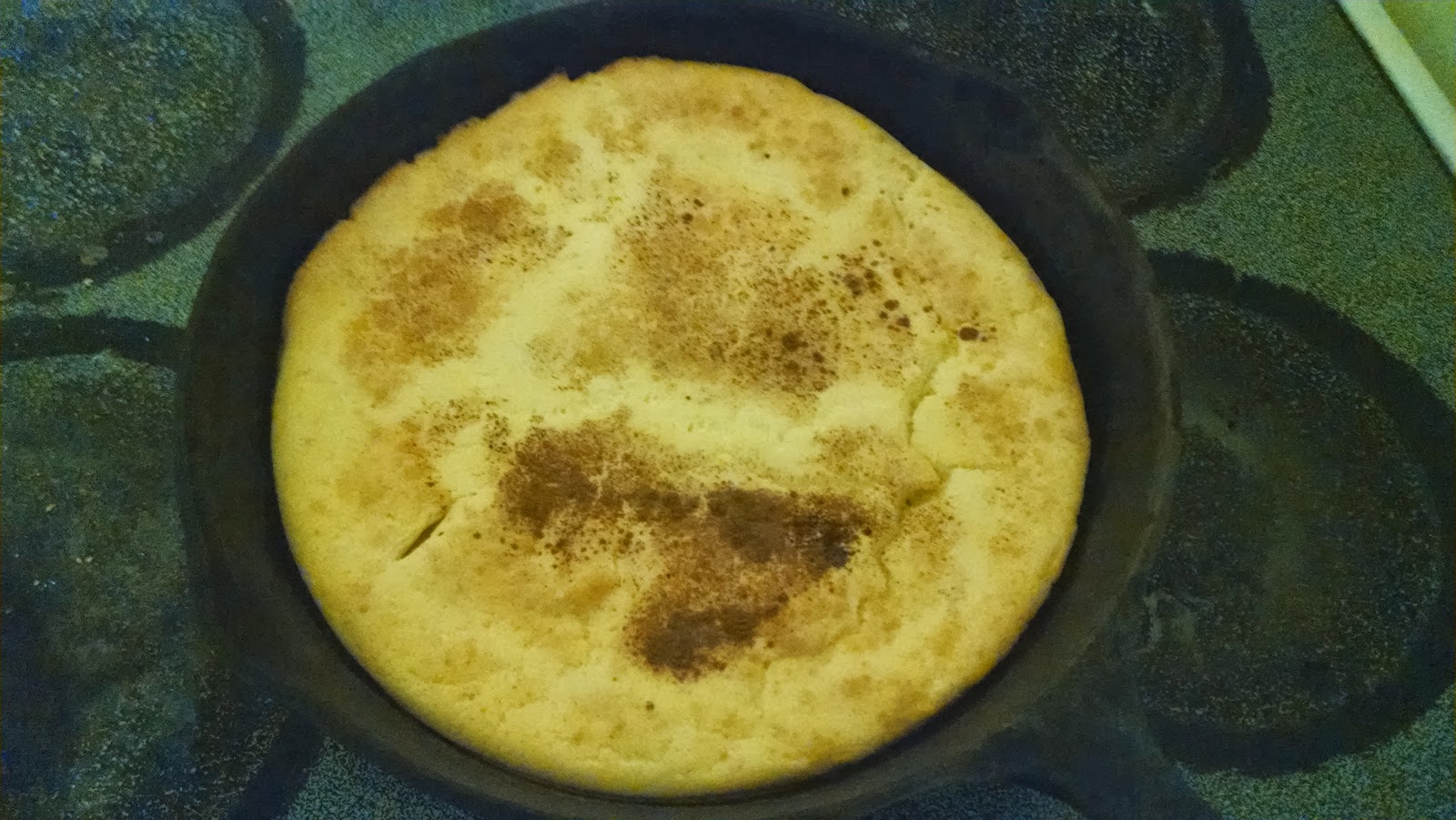 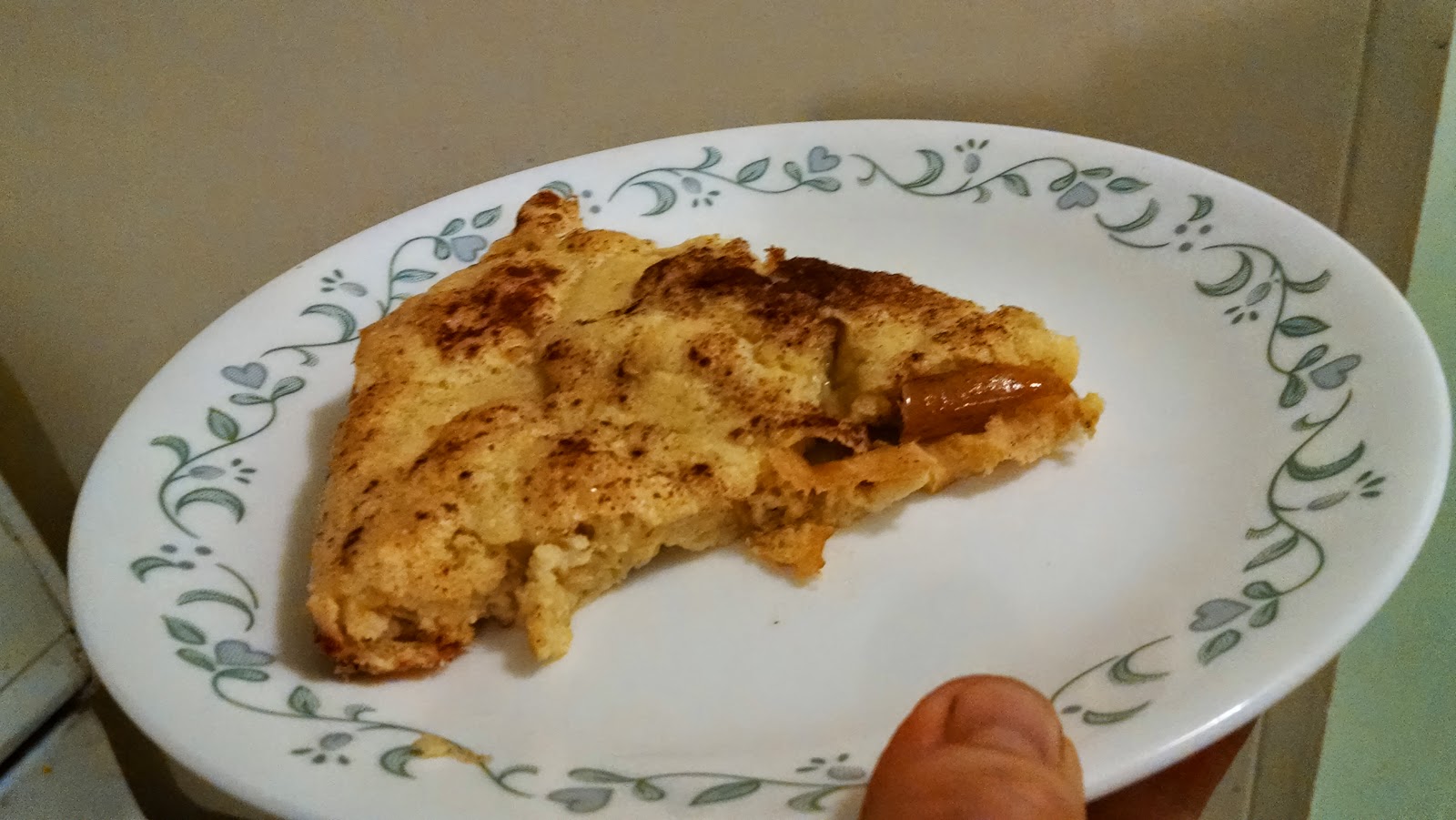 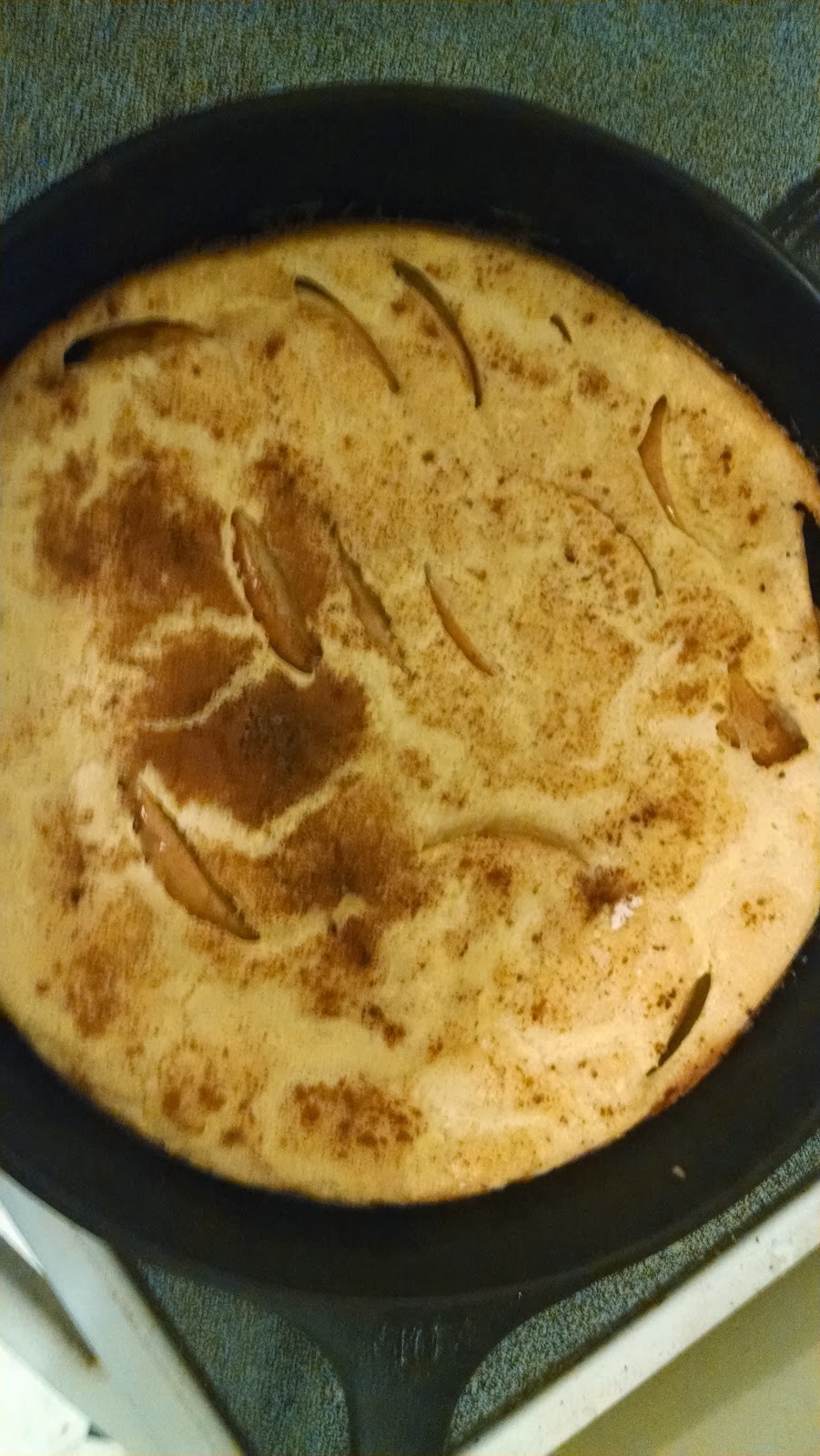 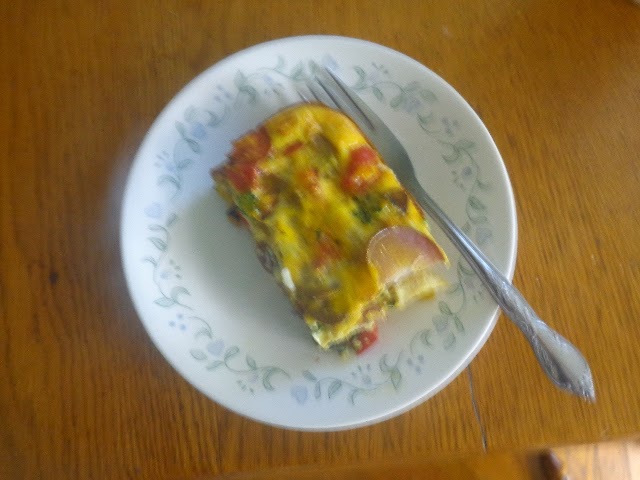 I love this recipe. Nearly everything can be sourced locally.  It uses up what vegetables you are harvesting at the moment. You can use up leftovers. You can bake it in whatever casserole dish is clean at the moment. (Yeah, I didn't wash the dishes last night. So shoot me.) If you like cheese, sprinkle some over the top before you bake it. If you like sausage or ham, add some in with the vegetables.

It's so easy and flexible.  The basic method: saute some vegetables, pour eggs over the top, bake. 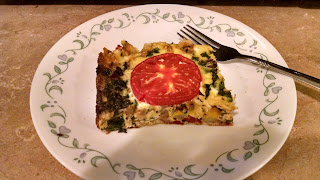